The core aim of education lies on four strong pillars:

To introduce the learner to his /her craving and

To strengthen the instinct of the learners.

The rapidity of transforming times is viciously steering the upcoming generation far from the real purposes of life and education. In the era where society is far away from the eternal motive of life and education,  P P Savani GSEB English Medium  is shaping itself to be an epitome designing a framework to make its associates touch the untouched skies of success being highly integrated. The days have gone by when pupils were raised to conquer the world to be successful in terms of materialistic gains and piling up innumerable assets. Today, though each facility is just on a fingertip, human beings are growing restless and being shallow day by day. In such times we as academicians strive for a plethora of reasons where learners soothe themselves by helping the society, the planet earth following the desire to amass skills for individual development as well.

In present times the planet is in a need of healers more than successful big-shots, society urges for someone to unite humans with humanity than dividing all the earthlings in the name of being name bearers of a lot of assets and properties. It is the desperate urge of Mother Nature from humans to just shun the thought of being land grabbers, building skyscrapers, and being greedy raucously and it wants humans to propel the lifestyle that deeply relies on the notion of equal partnership with all living organisms on the only planet for survival- Earth.

The Ethos of P P Savani GSEB English Medium rests on the principle of attaining the aim to produce citizens of a holistic thought process rather than just a mechanical approach towards surrounding that pushes the world into the doomed end.

Congratulations! We are part of one of the first institutions broadening the horizons of achievements and transforming the cumbersome process of progressing into the joyful process of living.

I am proud of my school’s insistence and warm efforts to ensure that future generations assimilate the invaluable rich moral values of Indian culture as well as their understanding of where technological resources are at their peak in the present times.

Every students is unique and that learn in their unique style. Growing minds have infinite capacity to understand and grasp various skills. PPSCVS aim to develope knowledge, discipline, confidence, excellence and a sense of responsibility amongst them.

With the change of time, students should not only depended on book`s knowledge, wisdom but should also be conscious of technology information and venturing in to this new fields and new enhancement, only then  can we move forward speedily. 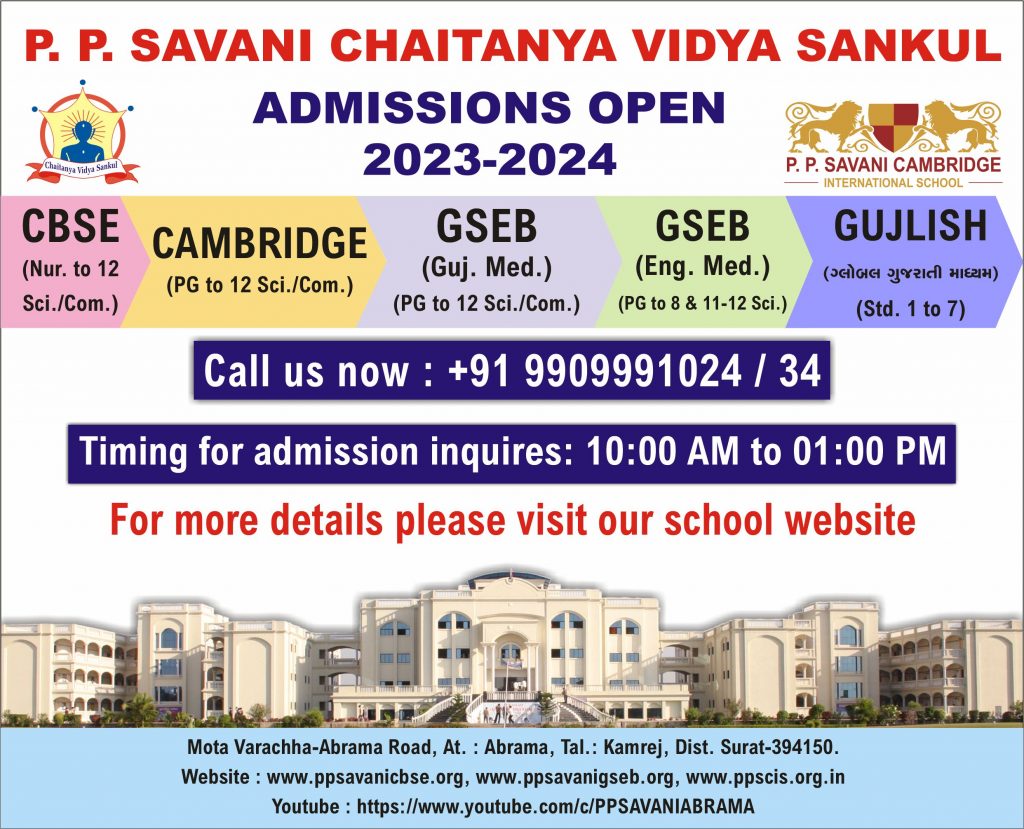